I decided to enter a local art contest where the prompt is "your mental health in 2020" because if there's been one theme for my 2020, it's been mental health. I had never really thought about mental health until this year, but now it's been at the forefront of my mind a lot. It's hard for me to express in words how I'm feeling, so I tried making a sculpture to represent it. I came up with this idea back in August and since then my own perception of my feelings has changed, but I'm still proud of how this piece came out. 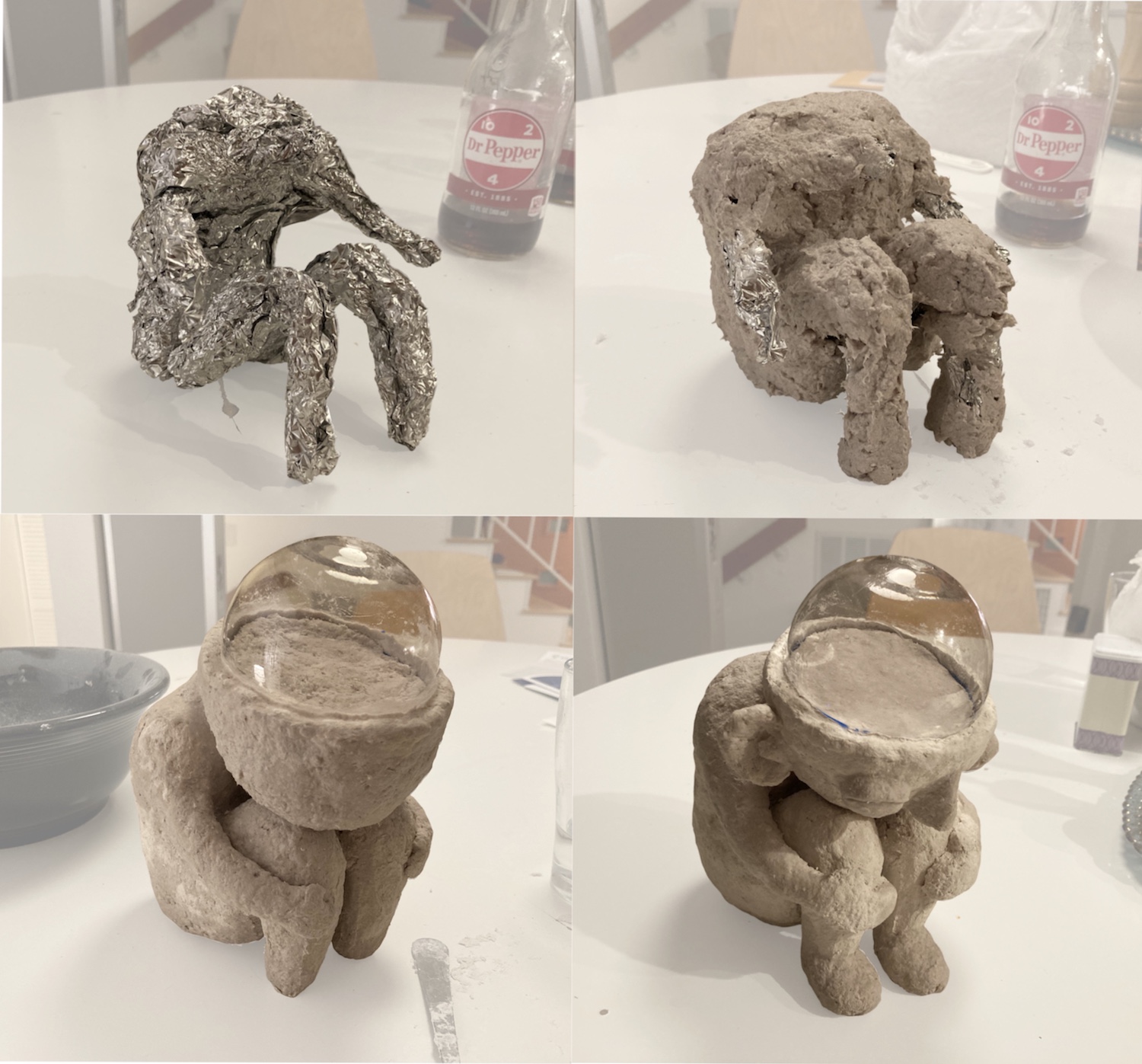 I started this sculpture by bulking out the figure's form with aluminum foil. Afterwards I covered the foil with paper mache and started sculpting. Because paper mache is not a sturdy material, I had to do the sculpting in stages and let it harden in between passes. During the sculpting process I also fitted the sculpture with a plastic dome head. The dome is actually from a plastic Christmas ornament that I cut in half. Because paper mache shrinks when it dries, the groove that the dome fitted into shrunk as well. So, I had to carve away some of the material after the fact in order for the dome to fit.

Once I was happy with the sculpture, I went over it with a coat of light grey acrylic paint and used a darker grey to accentuate the ears and eyes. I also sculpted a smaller figure to stand inside of the dome, along with a little pair of garden shears.

The next element of the sculpture required a lil bit of metalworking. I ordered a couple of sheets of 30 gauge copper and picked up some copper wire from my local craft store. I twisted the copper wire into ropes and cut the copper sheets into shapes that I would later fashion into flowers. As you can see in the above photo, I cut out a rounded five-pointed star shape to serve as the flower petals, and a three-pointed petal shape that I could fold up to make the bulb of the flower. I also cut out some copper leaves, but ultimately I decided not to use them in the sculpture. As a side note, I cut out all of these pieces using a pair of heavy duty scissors. The copper was thin enough that it wasn't a challenge. If I were to make this sculpture again, I think I'd use a thinner sheet of copper. Although the 30 gauge creates some pretty resilient flowers, I wanted them to have a more crinkled, crumpley, natural look to them. The 30 gauge copper, although easily bendable, was just a bit too stiff to create this effect. I ended up using a lot less of the copper sheets than I expected, so I saved the scraps to use for jewelry in the future.

To assemble all of the pieces together, I soldered the copper flowers onto the vines using solder, flux, and a RadioShack Dual-Heat Soldering Gun. This part was a bit difficult since the copper wouldn't properly heat up, meaning the solder wouldn't stick. However, with the help of patience, a good deal of flux, and the acceptance of a pretty messy soldering job, I managed to get it all done. 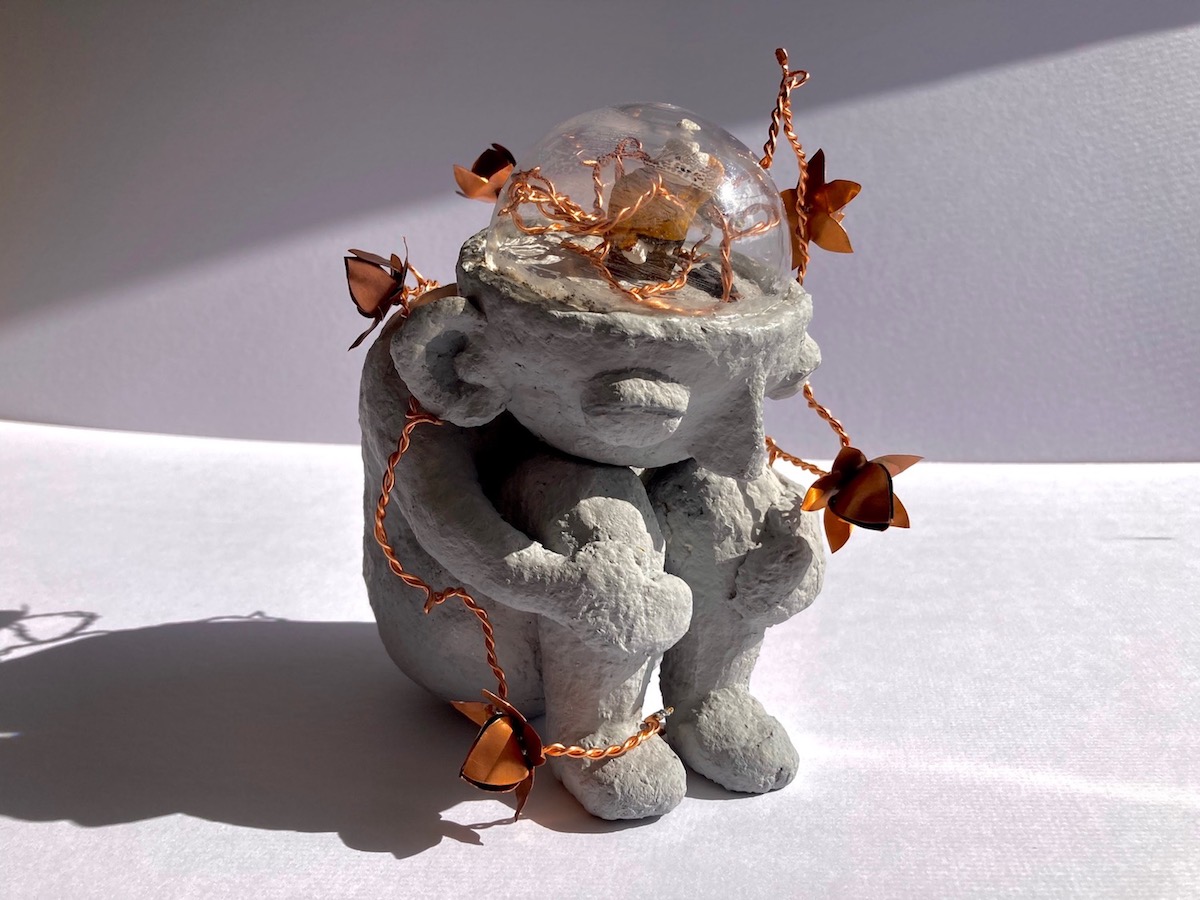 Afterwards the final step was to coil the copper vine around the sculpture and glue the smaller figure and plastic dome in place.

So anyway, this is the final piece: a little gardener with a difficult job. You can find some more photos of the finished sculpture under the PROJECTS tab. Wish me luck with the contest!